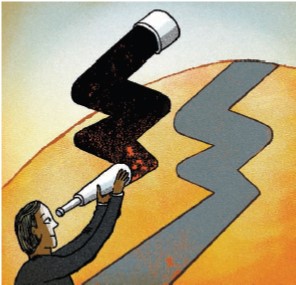 On a bright July day more than 3 decades ago, I turned up at the University of Delaware (UD) physics department, hoping to meet my new research advisor. I was met instead with quizzical looks: The professor had died some months before. No one had told me.

Face to face with the King of the Forest. Philadelphia Inquirer, November 2014

King of the Forest strikes a pose. Photo: Ranjan Mukherjee

To most people, lions are symbolic of Africa. However, in one forest on another continent, the Asian lion has made its last stand. Once upon a time they roamed in large numbers across a vast swathe of Europe and Asia. But hunting and habitat destruction have greatly reduced their numbers. Gir forest in the state of Gujrat in Western India is the last stronghold of the Asian lion. There are only about 200 left in the wild. On a trip to India in January, I decided to visit Gir to see these elusive Asian lions and the deer, wild boars, monkeys and peacocks that inhabit the forest.

I traveled by car from Ahmedabad, the capital of Gujrat, and stayed in a hotel on the outskirts of the forest. The evening was spent talking to the inhabitants of the local villages and making arrangements for a safari the following day. Very early in the morning when the animals are active, I entered the forest in an open Jeep with a driver and a forest guide. It was still dark with a gentle cool breeze. Scent travels far under such conditions, ideal for lions to locate their prey. There was no sound except that of the Jeep engine and the indescribable background noise of the jungle. Every rustle would set our hearts racing. Gradually, the inky darkness yielded to a glorious dawn. Shafts of golden sunlight filtered through the jungle canopy and lit up patches of the forest floor covered with dry brown leaves. Our ears and eyes were straining to catch sound or sight of the elusive lions. After some driving on jungle tracks, we heard muffled roars in the distance. We stopped and listened, ears cocked, senses stretched to breaking point, trying to gauge the direction and distance of the roars.

“Lion,” the guide whispered suddenly, grabbed my arm and pointed to the right. My heart nearly missed a beat. There, about 30 feet from us, a male lion broke through the jungle cover and strode unhurriedly in front of the Jeep towards a waterhole a short distance ahead. We followed at a safe distance. At the waterhole he paused, lapped the water for a couple minutes, stretched out on his side and looked straight at me alternately yawning and blinking. He was relaxed and seemed to be enjoying posing for us. I could not believe my good fortune in being able to see a full-grown Asian lion in its natural habitat.

I left with wonderful memories, mesmerized by the majesty of the king of the jungle. A framed picture of the king hangs in my study. 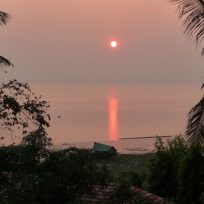 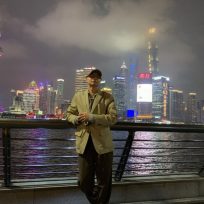